Update on plans for Whakaari He Rā Maumahara Anniversary

As we move towards the first anniversary of the Whakaari eruption, plans are well underway for the remembrance event being hosted by Ngāti Awa at Te Mānuka Tūtahi Marae in Whakatāne.

Although the programme is yet to be finalised we can confirm that the event will take place from 1pm on Wednesday 9th December, 2020 at the Mataatua Wharenui. A minute’s silence will be observed at 2.11pm and the event will conclude around 2.30pm.

The ceremony will be a small-scale gathering for families most affected by the tragedy, invited representatives of emergency responder groups and envoys of overseas families unable to travel.

Level 2 Covid restrictions will be observed on the Marae as a precautionary measure to protect our kaumatua and the immune compromised. The event will be televised by Māori Television and livestreamed via the internet in New Zealand and abroad to include those who would like to observe the anniversary.

A public event supported by Whakatāne District Council will take place at the Mataatua Reserve from 11.30am. This is for anyone who would like to pay their respects to the lost and injured and take time to reflect. A large screen will livestream the ceremony happening inside the Wharenui from 1pm. We encourage anyone attending to bring their own refreshments and as this is a family-friendly event we respectfully ask that people do not bring alcohol. More details of the public gathering will be shared in due course.

We are also encouraging organisations and community groups to take the opportunity to gather in whanaungatanga in their own ‘hubs’ to view the broadcast. More information will be published about these locations later this month.

Ngāti Awa plan to host a larger and more inclusive event at a future date when international borders are open and affected overseas families will be able to join us.

Further updates will be provided later this month on the Ngāti Awa website: https://www.ngatiawa.iwi.nz/ 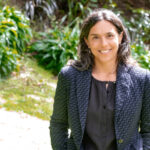 Our registration page is currently undergoing maintenance and will be back up and running as soon as possible!

If you want to register with Ngāti Awa, please email register@ngatiawa.iwi.nz or call 073070760

Our Member Portal is currently undergoing maintenance and will be back up and running as soon as possible!

We apologies for the inconvenience.

To inquire about Pātaka Kai and Kaimoana permits please contact one of the following: